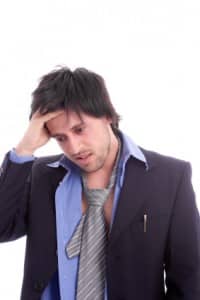 Nearly half of all adult smokers attempt to quit smoking each year, but the majority of quit smoking attempts are unsuccessful. To quit smoking is a significant stress factor, which can cause irritability, disturbed sleep and other withdrawal symptoms that persist for a long time. Tobacco cravings have been identified as the main culprit in making people fail to quit smoking, and mindfulness practice has proven to be an effective strategy for decreasing such cravings.

In a recent scientific study [Ref. 1] people who smoked at least 10 cigarettes a day were exposed to images designed to induce tobacco cravings, to find out if their cravings would be different when they were watching these images with “mindful attention” as compared to simply watching them “naturally.”

Since the instructions for watching with mindful attention were to “actively focus on their responses to the picture, including thoughts, feelings, memories and bodily sensations, while maintaining a nonjudgmental attitude toward those responses,” one may perhaps have expected that this would increase the cravings. What the researchers found, however, was that doing so actually decreased the cravings significantly, as compared to when watching them in a naturally relaxed state.

As part of this research, functional magnetic resonance imaging (fMRI) was also used, to investigate which neural pathways were activated in the participants’ brains during the experiment. It was found that mindful attention affected the activation of a part of the brain (the subgenual anterior cingulate cortex), which is known to be important in regulation of emotions. It was also found that mindful attention affected the connectivity between various brain regions known to underlie the sensation of craving (e.g. insula, premotor cortex, and ventral striatum).

One very interesting aspect of this research is that the training in mindful attention that was provided to the participants only went for 15 minutes! What this means is that you do not have to be a long-term mindfulness meditation practitioner to make use of mindfulness in your quest to quit smoking.

If you are interested in developing skills such as mindful attention, and/or for other reasons want to learn how to meditate, please, visit the Integrating Awareness Meditation course page for more information now!

“In a single session Lars helped me reduce this by 90%, by what I can only describe as normalising me. I went from feeling crazy to normal in about 1hr!”