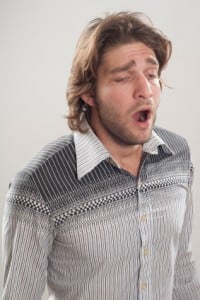 On this page:
The purpose of sleep
How alcohol, coffee and other drugs affect our sleep
How much do we need to sleep?
Sleep deprivation

The purpose of sleep

Even though science has identified a number of physiological changes that take place in the brain (and the rest of the body) during sleep, the purpose of sleep is still not fully understood.
A number of theories have been proposed, most of which still don’t explain why sleep cannot simply be replaced with awake resting, and no single theory can account for all the complex processes that occur during sleep (Morin & Espie, 2003). Nevertheless, some of the most common theories are:

After a period of being awake, with high energy consumption and wear-and-tear on the organism, it needs to replenish its energy stores and generally repair itself. Wound healing and immune system functioning have been found to be positively affected by sleep. Growth hormones are also secreted in larger amounts during sleep than during wakefulness. In men, onset of sleep, in concert with the first phase of slow-wave sleep, results in the largest growth hormone pulse of the day (Giglio, Lane, Barkoukis, & Dumitru, 2007).

The metabolic rate is lower during sleep than during wakefulness, which indicates that sleep conserves energy. As expected, animals that expend greater amounts of energy while awake, due to high metabolic rates, have longer total sleep times. However, hibernating animals, that have conserved plenty of energy in hibernation, still need to catch up on lost sleep when they come out of hibernation.

By remaining inactive, as in sleep, animals expose themselves less to predators. It would seem, however, that an animal would be safer from predators by simply resting in order to save energy, than by being asleep.

This theory relates in particular to REM sleep, which occurs for longer periods in foetuses and infants, and for shorter periods in old age. REM sleep may provide the developing brain with the necessary stimulation to form mature neural connections and central nervous system functions. And since the brain never entirely stops developing new neural pathways, adults continue to have REM sleep, albeit in smaller proportions.

Science has demonstrated that sleep is related to memory and learning in numerous ways. Sleep may reinforce memory, by storing what is important and discarding what is not. Learning is enhanced by sleep and impaired by sleep deprivation (Buysse, 2005), and recent research suggests that sleep spindle activity, as in REM stage 2 sleep, may be associated with the integration of new information into existing knowledge (Tamminen, Payne, Stickgold, Wamsley, & Gareth Gaskell, 2010).

REM sleep is associated with activation of the limbic system, which suggests emotional processing (Buysse, 2005). It is possible that the dreaming that occurs during REM sleep provides us with a safe circumstance for discharging emotions, since we during REM sleep are essentially paralysed, and hence prevented from hurting ourselves or our bed partners by acting out the contents of our dreams.

How alcohol, coffee and other drugs affect our sleep

Many people use alcohol as a means to get to sleep, since it tends to make us sleepy. Alcohol does, however, have a rebound effect later in the night and may disrupt sleep, and cause sleep deprivation, which could be a reason that alcoholism is linked to insomnia. Alcohol has also been shown to reduce REM stage sleep (Lee-chiong, 2008). Similar effects have been found from marijuana use, which reduces REM stage sleep (Feinberg, 1975) and furthermore may cause difficulties falling asleep and staying asleep in the following few days (Haney, Ward, Comer, Foltin, & Fischman, 1999).

Coffee and energy drinks containing caffeine have a stimulating effect, which may stop us from falling asleep initially, but can cause a rapid reduction in alertness as the effect wears off. Tobacco is also considered a stimulant, which may disrupt sleep, reduce total sleep time, and hence lead to sleep deprivation. Amphetamines, Ritalin, cocaine and ecstasy are all stimulants, which tend to cause increased alertness and insomnia.

How much do we need to sleep?

Different people have different needs for sleep, largely depending on individual genetic disposition. While the average adult needs 7-8 hours sleep, some people find 4-5 hours sufficient whereas others need 9-10 hours per day. Basically, we consider sleep to be adequate when the person does not suffer from daytime sleepiness or impaired functioning. It is not uncommon that people’s perception of how much they sleep is very different from how much they actually sleep (as recorded by scientific instruments, like a polysomnograph). It happens that someone who believes that they have only slept for four hours, have actually slept for a full eight hours!

How much sleep someone needs cannot be stated simply as a certain number of hours either, since the effectiveness of sleep depends on when the sleep happens. If we sleep at the wrong time of the day, in relation to our biological clock, our sleep will be less effective. Ideally, for example, we should still be sleeping and already have slept for at least six hours by the time our body temperature reaches its minimum level (Dijk & Lockley, 2002).

How much sleep we need also depends on our age. On average, a newborn baby sleeps 16-18 hours, a five-year-old child 10-12 hours, an adolescent 9-10 hours, and an adult 7-8 hours per day. Older adults typically have more fragmented sleep than younger adults, with more short or longer awakenings through the night.

The time spent in different stages of sleep also varies with age. Newborns spend about 50% or more of their sleep in the REM stage, but by the time the child has reached two years of age REM sleep only accounts for 20-25%, which then remains fairly constant for the rest of life (Kohyama, 1998). Similarly, the amount of time spent in deep sleep (NREM stage 3 & 4) decreases with age. In adolescence 40% of deep sleep is lost and becomes replaced with NREM stage 2 sleep.

Interestingly, the amount of time we sleep has decreased in the last fifty years. The average in the 1960s was 7-8.5 hours per day, while today more than half of the population sleep less than 7 hours per day, indicating that a lot of people living in modern times probably suffer from chronic sleep deprivation (Morin & Espie, 2003).

Basically, sleep deprivation means that we have not had enough sleep, and we are in “sleep debt”. It appears that we do not have the ability to adapt to getting less sleep than our bodies require, and that the lost sleep eventually must be regained. Laboratory experiments on animals have demonstrated that total sleep deprivation eventually leads to death. Experiments on human beings involving total sleep deprivation show that the sleep deprivation is counteracted by periods of microsleep, where the brain goes into a sleep state for a period of between one second to half a minute. Microsleeps can occur without the person being aware of them happening, and regardless of what activity the person is involved in.

In particular, adolescents and shift workers are at high risk of suffering from sleep deprivation. During adolescence a delay in the timing system of the biological clock causes a tendency to stay awake later and subsequently to want to sleep in later. When sleeping in is not possible due to life circumstances, this may result in sleep deprivation. For shift workers, problem sleepiness and sleep deprivation may result when the timing of their sleep and wakefulness periods become desynchronized from their biological clocks.

Apart from lapses in attention due to microsleeps, other effects of sleep deprivation can be:

The lower cognitive functioning caused by sleep deprivation can have devastating effects on the safety of both the sleep deprived person and others. According to the American Academy of Sleep Medicine, one out of five serious motor vehicle injuries is associated with driver fatigue, with 80,000 drivers falling asleep behind the wheel every day and 250,000 sleep related accidents every year.

Some of the major accidents of our time, such as the Exxon Valdez oil spill in Alaska in 1989 and the Chernobyl nuclear power plant disaster in the Ukraine in 1986, have also been attributed to the effects of sleep deprivation (Morin & Espie, 2003).

“My life is completely different now thanks to Lars. I can honestly say that having met him and working with him changed my life. I know how to handle and deal with anxiety if it arises. I control my anxiety now, it does not control me.”