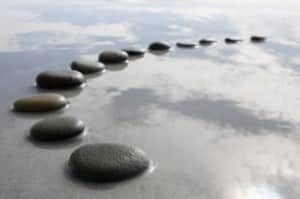 In this day and age most people have most likely come across the term “passive aggression” in one or another circumstance. While it is a term that seems to be based on contradiction – since aggression by its nature tends to be anything but passive – it is still a useful term in that it captures a behaviour that can’t meaningfully be described as anything else than aggressive, even though it lacks the actions that in other circumstances would go with aggression.

An example of passive aggression could be when someone drags their feet behind them and manages to find all kinds of reasons for not hurrying up, when you are really, really keen to get somewhere on time, and you are already running late. As commonly happens, if overt, “active” aggression shows up between the two of you in such an instant, it most likely shows up in you when you lose your patience with their behaviour. And hence, instead of their aggression actively showing up in them, it sort of shows up in you – but now as your aggression! Yes, it is certainly yours, and regardless of how it is triggered, there is no way around your ownership of it and responsibility for how you act it out, or not act it out.

To an outside observer there is no mistaking of active aggression; it manifests in all the various ways that we have experienced in ourselves and others since early childhood. Passive aggression, however, is another kettle of fish. You can’t ever be certain if someone’s behaviour is passive aggressive, or if it simply is a behavioural manifestation of some other emotional-psychological state. Sometimes even the “perpetrator” isn’t clear about what motivates their actions – different people have different degrees of self-awareness after all. And it is certainly also possible that an action that you read as aggressive is nothing of the sort, and that you see it as such entirely due to your own issues and complexities.

Over the long term, if passive aggression is displayed frequently and repeatedly in a relationship, it can certainly be considered as a form of abuse. Nevertheless, since passive aggression can always be denied, and we can never know whether that is what is displayed or not, it is difficult to establish beyond doubt that abuse has occurred. However, abuse is not always of an aggressive kind – whether active or passive.

As far as I’m aware no one has previously identified nor named what I have over time come to refer to as ‘passive abuse.’ Similar to passive aggression, before it was “discovered” and named, passive abuse has been flying under the radar until now, it seems. Well, this should be the end of that stealth operation then, and it is my hope that by identifying and naming it we can begin to move toward its eradication – and this is just as important as it is to eradicate active abuse in relationships.

Let’s start with taking a look at the dynamics of relationship abuse in its more well-known and easily recognisable form; we can call this active abuse. Fundamentally, active abuse is what is occurring anytime that someone (Person A) is forcing someone else (Person B) into experiences that Person B does not want to experience. This can be a matter of physical abuse in the form of shoving, hitting, kicking, or even raping. Or it can be a matter of psychological-emotional abuse in the form of yelling, threatening, degrading, denigrating etc. Or, for that matter, a combination of the two!

Active abuse clearly demonstrates Person A’s disregard for Person B’s wellbeing; Person A is simply operating from the objective of doing/having what they want, regardless of that this disrespects, hurts, and in some instances severely traumatises Person B. The wants and needs of Person A is all that matters, and Person B will have to cope as best as they can.

Active abuse is easily identified, and has been declared unlawful, for the protection of us all – in the case that we end up being Person B in this kind of interaction. In the case of passive abuse, no such protection exists.

Similar to active abuse, passive abuse is about someone (Person C) forcing another (Person D) into experiences that Person D does not want to experience. However, in this case it is not done by means of overtly aggressive physical or/and psychological-emotional actions, but typically by inaction or by seemingly innocuous actions by Person C. Where the abuse comes into the equation is when these (in)actions are in complete disregard of Person D’s wellbeing; when Person C is simply operating from the objective of doing/having what they want, regardless of that this disrespects, hurts, and may cause immense suffering for Person D. The wants and needs of Person C is all that matters, and Person D will have to cope as best as they can.

Let me illustrate with an all too common example. Adam and Carol are in a long term relationship, and have over time come up against several issues where they have differing ideas of how things should be done in their joint household. Both of them are abusive toward the other, yet in different ways.

Carol thinks Adam is a disgusting slob, because he leaves his towel on the bathroom floor, only rinses off dishes instead of using dishwashing liquid, doesn’t take his shoes off at the door, and leaves shavings and foam in the basin every morning. To have things according to her own standards, Carol nags, yells, swears at Adam. Once she even shoved him back in the direction of the door to force him to take his dirty shoes off. There is no doubt that Carol’s behaviour is abusive, actively abusive – she wants things her way, according to her standards, and that’s all that matters.

Adam on the other hand is abusive in a passive way. He thinks Carol is a clean freak, and simply goes about doing things the way he wants, without any regard for how this affects Carol. And when Carol “loses the plot” Adam just tunes out and ignores her – he wants to do things his way, according to his standards, and that’s all that matters.

In a way you could say that Adam is effortlessly “winning” the battle over whose standards they live by, because all he needs to do is to go about life his own way, according to his own standards, and that’s the standard they both end up living in. Carol on the other hand will have to actively try to force Adam to do things the way she thinks they should do things, to “win” this battle and have her standards met. But of course, when there is a winner, there is also a loser… And the real loser, regardless of whether Adam or Carol gets it his/her way, is the relationship!

Why do people put up with abuse?

You may think, if someone is being abused by their partner, like either Adam or Carol, why don’t they simply leave? Well, regardless of whether the abuse is active or passive, leaving a relationship is not necessarily easy to do. Oftentimes there are consequences of leaving that may seem worse than putting up with the abuse – depending on how severe the abuse is, of course – like (partially) losing contact with one’s children, “losing” extended family and friends, having to manage financially on more limited resources, and other similar consequences that can take a great emotional toll.

So, what is the solution then?

What Adam and Carol need to learn is to operate as a team. They need to learn to talk about how their life together is, and how they each wants it to be. And most importantly, they need to learn how to negotiate ways of going about life that are acceptable/sufficiently-satisfying/okay for them both, not only for one or the other.

In most relationships this is perfectly achievable, and the end result is a couple who both have their needs met to a sufficient degree. On one singularly important proviso; they need to both be willing to take on the task of looking after their partner’s wellbeing as well as their own! If they (one of them or both) are not willing to do that, but insists on approaching the relationship from a purely selfish point of view, they will eventually abuse one another to the breaking point.

For a relationship to be successful there are several components that need to be in place; the two people involved need to be aware of their own wants/needs, and to be able to communicate those needs in a meaningful and constructive way. They need to know how to communicate in a way that is not, and is not perceived as, an attack on the other person. And, most importantly, they need to be committed to always aim for mutual satisfaction, i.e. to never leave the negotiation with, “well, that’s what I’m doing, you’ll just have to live with it whether you like it or not.”

The process in which the constructive negotiation takes place, and which is also at the core of the Fulfilling Relationship Approach, is called “Establishing Agreements that Satisfy Everyone” (EASE). I have helped couples apply this process with great success to many difficult issues.

You can read more about the EASE process here, or you can contact me today to find out how to apply it to the specific challenges that you may be experiencing in your relationship!

I would recommend Lars to family and friends as a wise, friendly, honest and intelligent man who is intuitive and also gives practical advice. 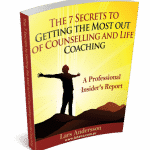