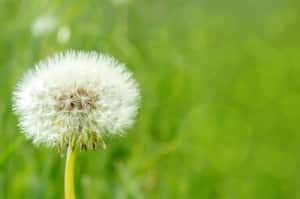 Feeling down and sad for a long time, feeling hopeless and worthless, finding it difficult to enjoy anything in life including that you used to enjoy before, struggling to make up your mind even about minor things, feeling fatigued a lot, having a low sex drive, feeling too miserable to make contact with your friends very often? You may be suffering from depression.

If you do, you are not alone. Every year almost one in ten adults will at some point suffer from depressive symptoms for a period of time that usually lasts for several weeks. Which symptoms they experience, how severe they are, and how long they last depends on the individual, but some of the symptoms that often show up with depression are the ones mentioned above.

What causes a person to develop depressive symptoms and depression is different from one person to the next, and the idea that depression is caused by a chemical imbalance in the brain is not universally accepted. Certainly, MRIs often show that the brain’s neurotransmitters – the chemicals that brain cells use to communicate – seem to be out of balance in depressed people. But these MRIs do not explain what caused this imbalance to occur, and the imbalance may not be the original cause of the depression itself.

When depression shows up

When depression is caused by organic brain dysfunction, e.g. as a result of head trauma, it makes sense to consider the possibility of restoring the chemical imbalance by use of pharmaceutical substances. But for most of the people you have known, who have suffered from depression – and that must be a few, considering how common depression is – it is likely to, at least in part, have had emotional-psychological and/or social causes. The depression has been the final(?) outcome of experiences that the person has not been able to process successfully, and that have eventually manifested as depression.

There are many, many examples of “conditions” that may very well look like depression, and can even turn into depression, but that nevertheless are better addressed with counselling and/or psychotherapy than with anti-depressants. Grief after losing a loved one may be diagnosed as depression if it lasts for a long time, but the process of grieving is very individual, and can be supported and facilitated with the aid of good counselling or psychotherapy. Bad relationships, abusive home environments, and unfulfilling jobs can precipitate depression. Poor self-esteem, inability to stand up for oneself, unhappiness with one’s life situation generally, there is an almost endless variation on the theme of what can end up as a diagnosis of depression, yet would be more sensible to see as an issue in itself, and addressed with psychotherapy rather than with medication.

We may even consider some (probably most) depressive episodes as normal, natural events that we experience as at times as part of human existence. Just like sadness, joy, excitement, anger, fear, jealousy, worry, and other emotions, depression can be a normal human emotion with an important role to play for our emotional-psychological wellbeing. Depression may serve us by drawing attention to some of the perhaps-not-so-good decisions we have made and actions that we have taken, which have influenced the direction our life has gone. Treating depression of this kind with the aid of psychotherapy may allow us to identify and make critical course corrections in life, that may lead us to a place of a lot more happiness than otherwise.

Depression is also often the result of letting other unprocessed emotions and life issues build up over time. In order for emotions to run their course and dissolve, we must first acknowledge their presence, recognise how they influence our functioning, and learn how we come to feel this way. Psychotherapy can support us in this process and help us grow and develop as human beings, rather than be medicated into “feelinglessness.”

In psychotherapy as in any other field of knowledge there are many different schools of thought, and many different treatment approaches. While some approaches may have been exposed to more research than others, for a variety of reasons, several authors have nevertheless shown that there is little difference in effectiveness between different therapeutic approaches for treating depression [12, 13]. One of the possible reasons for this could be the well-established fact that, in psychotherapy the quality of the therapeutic relationship that develops between client and therapist is far more important for a positive therapy outcome, than is the therapist’s theoretical orientation or which therapeutic technique is being used [3].

Unfortunately, most people who experience an episode of depression will at some point or another in their life experience one or more relapse episodes [14]. A positive development in this regard, then, is that when mindfulness practices have been provided as an addition to treatment-as-usual, the relapse rate has been found to significantly decrease [15].

“I was not stressed; therefore, the baby was not stressed. So when my baby girl finally saw the light of day she was as calm as a cucumber, no crying at all. It was truly an amazing experience and I have Lars Andersson to thank for helping me achieve the ideal birth for my baby.”